Jo Meiers Leggett died on April 15, 2009 after a long struggle with cancer. An accomplished photographer and editor-publisher, she lived near Alamo Square in San Francisco.

Jo was a natural leader in the Class of '58, engaged in a range of activities from cheerleading and student council to class offices and both homecoming and prom courts.
After college she married and settled in Pittsburgh, where she chaired the board of an alternative open school and raised two children, Cameron and Catherine.
She studied photography in Pittsburgh and began to teach, exhibit, and win prizes, especially for her studies of animals and flowers. She also served as director of development for the Western Pennsylvania Family Center.
Moving to San Francisco in 1989, Jo became the publisher of photo metro, a large format magazine devoted to b/w art photography. She encouraged photographers, sponsored their work, and brought them wider public attention.
She also sold her own pictures to museums in Pittsburgh, San Diego, Austin, Brussels, and Paris. Her writing appears in two books, Our Mothers and Our Grandmothers, both available from Amazon.
Although Jo was never able to attend a reunion, she took a great interest in class news and had a large store of memories about growing up in Springfield. Her home was the former Day family house at Fourth and Canedy.
An archive of Jo's works resides at the Harry Ransom Center at the University of Texas-Austin. Tributes to Jo are posted at the Benham Gallery. An obituary is now in the SJR. 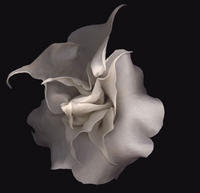 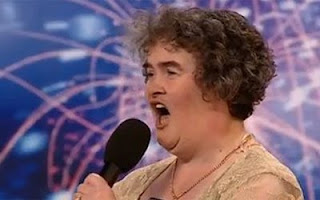 If you think life is over before it's over,
heed the story of Susan Boyle from West Lothian, Scotland.
It's a small village near Edinburgh.
She is 47 and single, with a dream of becoming a singer.
Watch this video to see what happened on April 11, 2009.
To see the lyrics, click on (more info) in the upper right.
Thanks to Judi Dunkel Headrick for the tip.
Posted by Will Howarth at 1:02 PM 5 comments: 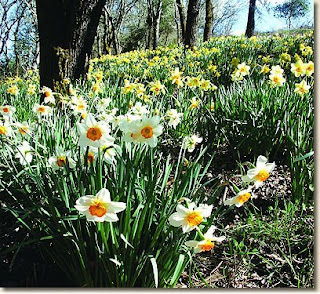 Happy Spring, Solstice, Passover, Easter.
Easter, what an odd word.
In most languages, the name of this
spring festival descends from the
Hebrew word for Passover: Pesach.
Pascha: Greek
Pascha: Latin
Pascua: Spanish
Pasqua: Italian
Pascoa: Portuguese
Pasen: Dutch
Paske: Danish
Paske: Norwegian
Pask: Swedish
Even the Welsh, Cornish, and Bretons
say Pasg or Pask.
Only the English have Easter.
It comes from Anglo-Saxon
and names a goddess, Eastre
who appears every April
to warm the skies and
make the flowers bloom.
Whatever your beliefs
Or how you say it,
It's a good time to celebrate
the return of life and light
after a long, dark season.
Posted by Will Howarth at 1:05 PM No comments: 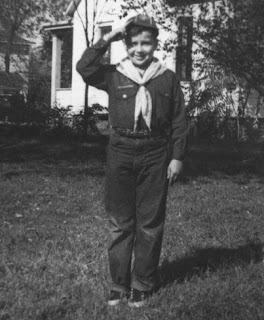 Last night I received an e-mail titled "Hi Billy!" No one has called me that for 50 years, so I figured it was from a sister. No, it's from my 91-year-old Cub Scout den mother, Virginia Newell.

Since I imagine few of our vintage have a den mother who writes e-mails, I'll pay her tribute and also remember a great organization for boys. (The picture above is from June, 1950)
Virginia is the mother of Bob Newell '58. She lives today in Rockford, Illinois, still able to drive and live independently. Bob tells me that "Ginny" owes her vigor to much hiking and biking in her later years.
The Cubs operate in packs and dens for boys aged 7 to 11. Our den met often at the Newell home, where both parents set up projects to keep us engaged and non-destructive: tie racks, wood-burnings, and other crafts. I vividly recall building a crystal-radio set under Mr. Newell's supervision. Outmoded technology, but I used it in 1951-52 to track city and national elections.
Later my mother, Mary Howarth, held den meetings at our house. She specialized in taking us on trips. We visited Sangamon Dairy, Ray's Chilli and Chips, and the City Jail. I believe she was trying to help us avoid delinquency. (At 95, she may still have that hope.)
I can't remember all the boys in our den: Bob Newell, John Stone, Bill Ice...and then my list runs out. Perhaps others can fill in the blanks with a comment or two?
Posted by Will Howarth at 1:07 PM 3 comments: