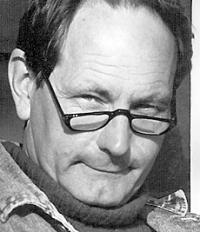 He was born in Ottumwa, Iowa, to Dorothy Read and Richard Paul Graebel. He grew up in Springfield, Ill., and spent his summers in Tomahawk with family and friends. He moved to Madison in 1963 and became a firefighter in 1964. During his 41 years of service, he rose to the rank of lieutenant and became known as "The Commander." He was known for his generosity, humor and for respecting both sides of any argument.

Richard thoroughly enjoyed his time on earth. He was known for taking the scenic route and enjoying all of the views whenever he left the house. He was a bike commuter before it was Madison cool. He loved singing and was a longtime member of Madison Maennerchor, a German singing group.

He belonged to Madison Turners and served on the board for many years. It was Richard's mission to be the best father, grandfather and citizen he could be. Madison will not be the same without the big grandpa swinging kids on his shoulders, chasing them around and breaking out into song.

Posted by Will Howarth at 11:05 AM No comments: 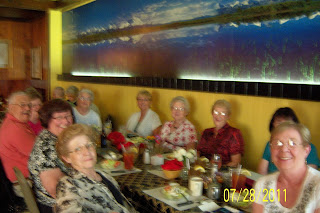 On the 4th Thursday of each month, a group of the '58 SHS girls get together and have dinner at a nice restaurant here in Springfield. There were 11 of us the last time, including one husband: John Maloney, who graduated with us also. He comes with his wife, Donna Haycraft Maloney.

I am attaching a picture from our "outing" at the Old Luxemburg Inn on July 28th for the blog. It is blurry, but you can see when it is enlarged, who all is there.

We are open for any other 58'ers who wish to join us. Just call or email me or Carole. Phone numbers are in the latest red book from 50th reunion and current email addresses are on the SHS site. We don't turn SHS guys away as you can see by John attending our "get together" dinners. He enjoys the group as much as we do.

Thanks,
Janet Kerner
Posted by Will Howarth at 1:23 AM 1 comment: