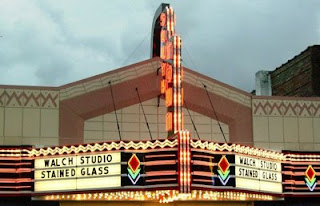 They show the digging of Lake Springfield, early swimmers there and at the Soldiers and Sailors Memorial Pool, the arrival of a steam train bearing President Franklin D. Roosevelt, and many other scenes. Fun to see for the places and costumes.

Mr. Hamilton's son, Tom Hamilton, Jr., had the films transferred to VHS and later to DVD, and now they are available in a YouTube style window, on the SJR site. Here's the link to the story and film.

The picture above is for Suzie Boyd, who laments the absence of the SouthTown theatre from the CinemaTour listing. The marquee is now an official Springfield Historic Site, and the above link gives the theatre's history.
Posted by Will Howarth at 3:53 PM 1 comment:

Posted by Will Howarth at 11:03 PM No comments: 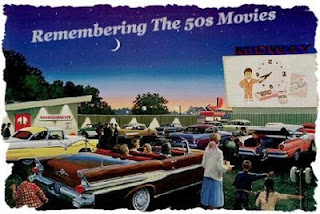 I'll admit, I get nostalgic about 50s movies and the place where I saw many, the Esquire Theatre on South MacArthur. On a gray winter day, I could spend a quarter and get four hours of entertainment, plus popcorn and a jaw-breaker. Who needs a video game?

A devoted movie fan has created CinemaTour, which aims to chart "the locations and histories of cinemas throughout the world." The database has a huge number of sites and photos. Go to Illinois, scroll down a bit, and you find 36 movie houses listed for Springfield. Most are now demolished. Did you know there was once an Empress Airdome (1917-18)?
Posted by Will Howarth at 12:00 AM 7 comments: 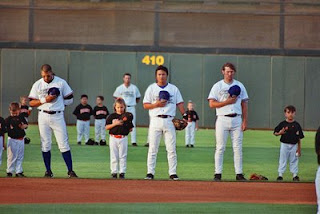 Baseball, hot dogs, and the Fourth of July.
Happy Independence Day, everyone.
Here's a video that celebrates the anthem
That has given us such a long run!
Posted by Will Howarth at 12:31 PM 1 comment: 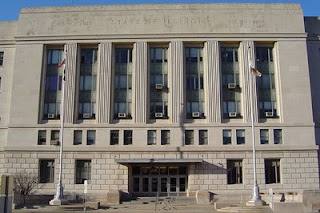 December, 1957. Cheerleaders in red and black. SHS band blaring away. Shelby Harbison of WTAX, calling play-by-play: "Willis flicks the ball to Proctor, Proctor to Hails in the corner. He sets, shoots....swish!" Pandemonium in the upper-floor seats. Cheerleaders whip the crowd into a roaring chant: S-U-C-C-E-S-S....

I bet we all have fond memories of the Illinois State Armory, on Second between Monroe and Adams. Not just high school basketball, but the Shrine Circus and Chicago Symphony graced the building. It stood next to the state capitol and gave its spectators a high up, birds-eye view of events far below.

Well, hang on to those thoughts, because the SJR has a story today suggesting that the Armory may soon face the wrecking ball. Preservationists want to save the building, but others say it's falling apart and obsolete. If they tear down that lovely Art Moderne edifice, you can bet that an ugly high-rise will soon take its place. Thoughts/memories? Please comment.
Posted by Will Howarth at 8:44 AM 10 comments: