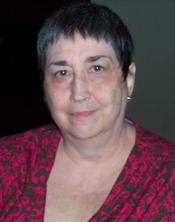 Mary Wolf Thomas, 70, of Springfield passed away Monday, June 18, 2012 at her home.
She was born July 14, 1941 in Springfield, the daughter of Joseph and Margaret Hanlon Wolf. On Dec. 21, 1991 she married H. Stanley Thomas, the father of her daughter, Amy Jo Wolf. He preceded her in death on May 3, 2011. She is also preceded in death by her parents.
Mary was a 1959 Graduate of Ursuline Academy. She went on to attend St. John’s Hospital School of Nursing and graduate in 1962. She graduated from the College of St. Francis in 1984, receiving her bachelor degree in nursing. Mary was a registered nurse and worked in many aspects of health care professions until her retirement.
She was a member of Christ the King Catholic Church where she attended in recent years and, as a Springfield native, was an active participant in both Blessed Sacrament and Cathedral parishes during her lifetime.
Mary is survived by her daughter, Amy Jo Wolf of Springfield; grandson, Halen James Thomas Wolf; sister, M. Jane Jabusch of Riverton; several nieces, nephews, great niece and nephews; and one great-great niece.
Cremation rites have been accorded. Friends may call Sunday, June 24 from 3:00 to 5:00 p.m. at Boardman-Smith Funeral Chapel. A memorial mass will be held Monday, June 25 at 10:00 a.m.at Christ the King Catholic Church. Msgr. David S. Lantz will be officiating. Burial will follow at Oak Ridge Cemetery.
Memorial donation may be made to the charity of the donor choice.

Posted by Will Howarth at 9:16 AM No comments: