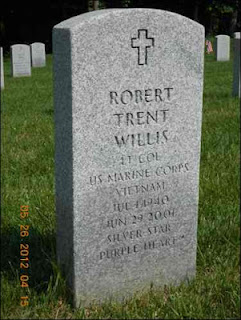 Last Memorial Day, Bob and Pam Shewmaker visited Quantico National Cemetery and paid tribute to our classmate, Bob Willis (1940-2001), a career Marine officer who served in Vietnam. We 58's will remember him as a star athlete and gifted point guard, who helped take us to the State tournament.

The two Bobs were friends at West Grand and Butler schools and played hours of football, baseball and basketball, often on the West Grand playground across from the Willis home.

Bob Shewmaker took these pictures and wanted to share them with his friend's widow, Olivet Willis, and classmates. We're pleased to post them on this Veteran's Day of 2012, as a tribute to all who have served our country, in war and peace. 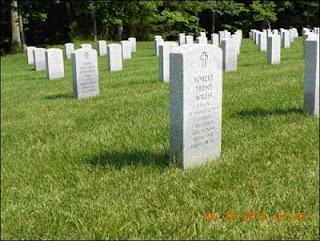