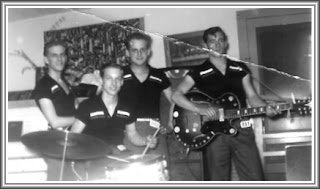 Gordon R. Jones died on March 30, 2011 at his home in Springfield. He was born June 21, 1940 in Roodhouse, the son of James I. and Rebecca Spencer Jones. Surviving are his mother, Rebecca “Reba” Jones-Tull of Springfield, four stepsisters, eleven cousins; their extended families, and his life-long childhood friends. His father preceded him in death in 1991.

Gordon was the original drummer for the Harmony Boys, Springfield's first country-rock band. At a 1958 telethon in the Abe Lincoln Hotel, a "Battle of the Bands" pitted The Harmony Boys against Hobie Henson's Red Devils. The match was even until Gordon's drum solo: he jumped up and danced around his white Slingerland drum set, twirling sticks in the air and not missing a beat. This act astonished the band and brought the house down.
He graduated from Springfield High School in 1958. After high school, he served in the U.S. Navy. Following graduation from Arizona State University, he pursued a career as director of OSHA and Risk Management for the State of Arizona. He was a Mason for 44 years and a member of the Springfield Ansar Shrine. He enjoyed art, hiking, and mountain climbing. He climbed Mt. Whitney twice. Gordon also enjoyed restoring motorcycles and his 1948 Willys Jeep.
Funeral services will be held 3:00 p.m. Sunday, April 3 at the Mackey Daws Funeral Home in Roodhouse with interment in the Murrayville Cemetery in Murrayville. Visitation will be Sunday from 1:00 p.m. until time of the service at the funeral home. Memorials are suggested to the Murrayville Cemetery or Memorial Hospice. Condolences may be left on line at www.mackeydaws.com. Pictures of the funeral are at this site.
Posted by Will Howarth at 11:59 PM No comments:

Melba Elsie Adeline (Engel) Frederick, 94, a life-long resident of Springfield, died on Thursday, March 24, 2011. She was born April 1, 1916 in Springfield, the daughter of Melvin and Louise Seaman Engel.
Melba graduated from Springfield High School in 1934 and married John Alfred Frederick on November 26, 1934. Her first job was in 1934 at Dazee's Orange Juice Store. She was employed by Thrifty Drug Company from 1952 until her retirement in 1978. She was also a tour guide with Presley Tours throughout the 1970's. Melba volunteered at Memorial Medical Center for over 20 years. She was a member of First Christian Church for more than 60 years; active in the Christian Women's Fellowship and a member of Lincoln Circle of King's Daughters. Melba enjoyed life to the fullest, participating in many hobbies and activities, including playing on a women's softball league in the 1930's, pinochle clubs, ceramics, traveling and camping. She was known among her close friends as the "Camp Director."
Her husband of 71 years, Al Frederick, preceded her in death on May 30, 2006. She is survived by her four daughters, Shirley Tonjes of Albuquerque, NM, Janet, Suellen and Jeri Frederick, all of Springfield. One of her joys in life was spending time with her grandchildren, Rick (Wanda), Gary (Leann), and Stephen (Laura) Tonjes, Elisabeth (Josh) Hillman and Emma Frederick; eight great-grandchildren; Cody, Eric, Jerra, Jessica, Brandt, Julia and Luken Tonjes, and Eva Hillman. She is also survived by a brother, Quentin S. Engel of Springfield; and many nieces, nephews and cousins.
Visitation: Family will receive friends from 10:00-11:00 a.m. on Saturday, April 2, 2011 at Kirlin-Egan & Butler Funeral Home, 900 S. 6th St., Springfield. Funeral Ceremony: 11:00 a.m. on Saturday, April 2, 2011 at Kirlin-Egan & Butler Funeral Home. Burial will follow at Oak Ridge Cemetery. Memorial contributions may be made to: Central Illinois Food Bank, 2000 E. Moffat Ave., Springfield, IL 62702 or First Christian Church, 700 S. 6th Street, Springfield, IL 62703.
Posted by Will Howarth at 9:22 PM No comments: 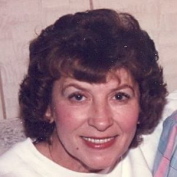 Sandra Castles Skeeters, 70, of Springfield, formerly of Bethalto, died at 7:07 am, Thursday, March 10, 2011 at Sunny Acres Nursing Home in Petersburg, Illinois.
She was born October 2, 1940 in Springfield, Illinois to Donald E. and Eloise C. Velie Castles. She married Joseph L. Skeeters on February 21, 1959 and he preceded her in death on June 4, 1992. Her father and one brother, Kenneth Castles also preceded her in death.
Surviving are one daughter, Traci K. Skeeters (life partner: Nick Mably); mother, Eloise Castles of Springfield, three grandchildren, Christina, Zachary and Brianna Skeeters; one brother, Donald Castles of Florida and several nieces, nephews and cousins.
Sandra was an Executive for the Illinois State Lottery. She loved spending time with her grandchildren and fishing.
Visitation was on Sunday, March 13, 2011 with a funeral service on Monday, March 14, at Staab Funeral Home with Rev. Vaughn Beeman officiating. Burial will be in Oak Ridge Cemetery.

Memorial Contributions may be made to the Alzheimer’s Association.
Posted by Will Howarth at 7:19 AM No comments: