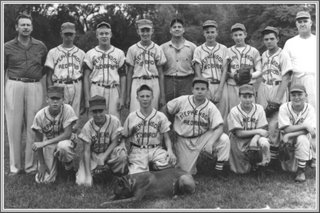 It's August of 1954, just before we entered SHS. The Stephenson Redbirds were a Pony League team that played in Washington Park on Sunset Hill, the area now containing rose gardens and a carillon.

Champ, Warren, and Mike helped me on the names and faces. We have mixed memories of our success. Champ says we had a lousy record, but Warren says we played a split season: a bad start, then an undefeated record and league championship. I'm voting for Warren's account.

We wanted to get this picture and story online because Jimmy Rollman is quite ill and in the hospice at St. John's Hospital. We hope he gets to see this and know that we remember him well.
Posted by Will Howarth at 9:49 PM 1 comment: 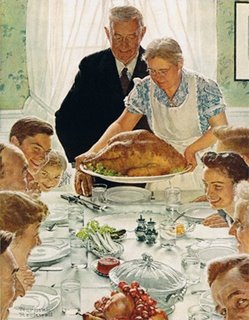 In 1941, President F. D. Roosevelt gave a State of the Union address in which he declared Four Freedoms that people everywhere in the world should have: freedom of speech and of worship, freedom from want and from fear.

This one, Freedom from Want, has become a favorite image of Americans, especially on Thanksgiving. It reminds me of our family gatherings, when we had dozens of relatives and friends at a food-laden table.

Harriett Smith Sidoli and her husband, Ram, sent me an animated card to mark the day. I'm sharing it with you, and wishing you all the best on this best of holidays.
Posted by Will Howarth at 9:48 AM 5 comments:

Frost on the Punkin 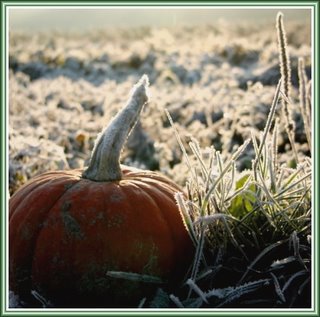 I have enjoyed looking at the grade school pictures that classmates sent in to the blog. One of my most lasting memories of Dubois grade school is when our teacher, Miss Florence Davis, read to us every fall (we had her for 6th, 7th and 8th grade) the poem by James Whitcomb Riley, "When the Frost is on the Punkin." She always read it to us after the first hard frost.

For years now, when we have the first frost, I call Carolyn Quinlan and say, "The frost is on the punkin and the corn is in the shock", remembering those words read to us by Miss Davis. Well, I never remembered the rest of the poem, so yesterday I looked it up online and read it several times, and I just loved it. It so describes fall here in the Midwest--and probably in many other areas of the country, too, but James Whitcomb Riley was from Indiana, so I think he was depicting the Midwest.

Fifty years is long ago, until you browse in an old Capitoline. Today I was looking at 1956 and found some pictures of our Sophomore selves. I don't recognize everyone, so please fill in the blanks with a comment. (Click on the pictures to see enlargements.) 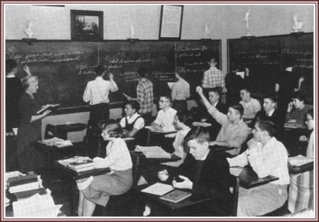 Above is a Latin II class, led by Margaret Ihlenfeldt. Check out those little statues! 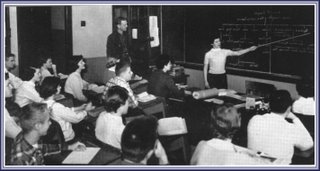 And here is a World History class, taught by Ray Page. 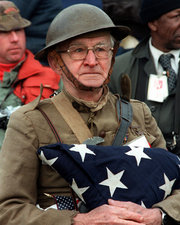 When we were in grade school, they called it Armistice Day, and some of us knew veterans of that First World War, fought in 1914-18. We knew even more vets from the Second World War, which ended in September of 1945, the month we entered kindergarten.

In June of 1954, just before we entered SHS, they changed the name to Veterans Day, and so it has been ever since on November 11. It's a day to reflect on the fact that since our lives began in 1940, 149 wars have rocked the world and presently 22 are ongoing.

To mark Veteran's day, SHS has awarded its Hall of Fame honor to Brigadier General Alex W. Talmant, a much-decorated veteran of several wars and retired commander of the 47th Air Division in California. The son of a Lithuanian coal miner, he grew up near the old Pillsbury plant in Springfield. At SHS he visited several history classes and told stories. In a showcase outside the main office is a display honoring 32 SHS graduates now serving in the armed forces.
Posted by Will Howarth at 10:29 PM 5 comments: 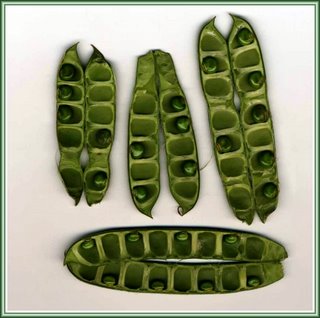 We are now deep into harvest time, just two weeks till Thanksgiving, and the still life photos of Jo Meiers Leggett may help us to reflect a little on the meaning of that season.

These two images suggest the poles of her geography: jicama beans (above) for the West and corn silk (below) for the Midwest. 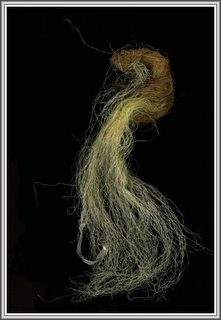 Harvest is a season to gather, save, and store. And to give thanks for what has come to pass.

Oops. And I promised not to get political!
Posted by Will Howarth at 12:29 PM 1 comment:

On the Road Again

Over the last few months, Al and Diane Urbanckas have been "bopping around here and there and enjoying retirement." 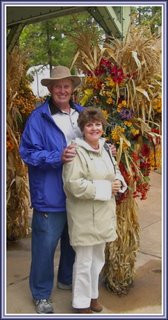 Here we see them at Branson, the Silver Dollar City in southwestern Missouri. Known as "family-friendly Las Vegas," Branson has three amusement parks and a host of live theaters, featuring Country music.

In October, Diane headed with three friends to the Missouri Botanical Garden in St. Louis to view glass sculptures by Dale Chihuly. He has pieces on exhibit throughout the world and their value has risen to staggering heights. 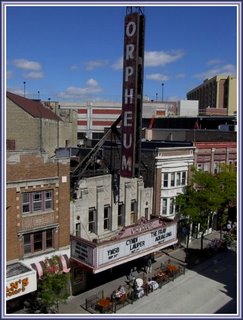 On an earlier trip to Madison, WI, Diane took a picture from atop the Museum of Contemporary Art. "It brought back memories, mostly of long ago in Springfield, IL."

Thanks to Diane for the pictures, and please keep bopping around!
Posted by Will Howarth at 6:07 PM 5 comments: