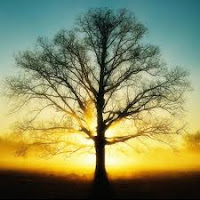 Our classmate, Pat Stein McPheters, is ill and needs our good wishes. Last week she was diagnosed with AML (Acute Myelogenous Leukemia). She is in chemotherapy and will be hospitalized for 35 days. Her white blood count is dropping, which is good news.

You may write her via Caringbridge.org. The site requires a sign-in with e-mail address and password. To reach her page, enter Pat McPheters. Encouraging notes and messages are important to a friend who is going through so much. For regular mail, write Pat at Mercy Hospital, Hot Springs Village, Room 436, 300 Werner Street, Hot Springs, AK  79103. Please do not send flowers, plants, or food.

Posted by Will Howarth at 10:54 AM No comments:

CLAREMONT, CA - Lynn Tobin Jackson died on March 7, 2013. She was 77 years old. Born to Ruth Ashmore Tobin and J. Willard Tobin on February 19, 1936, Lynn grew up in Springfield, Illinois, where she attended Butler Grade School and Springfield High School. She held a BA from the University of Illinois, a PHD from the Claremont Graduate University and Law Degree from Loyola University.

She was an active and long-standing champion of the League of Women Voters and practiced law at Legal Aid in Compton for 20 years. As a member of Claremont United Methodist Church, Lynn served as the Chair of the Status of the Role of Women, was active in the Sanctuary movement and was an advocate for CUMC becoming a Reconciling church. She was a member and President of the Claremont school board. Lynn was passionate and determined in her beliefs, living a life of service and protest -- some of which led to her arrest.

Lynn is survived by her husband of 41 years, Steve Franklin Jackson; their five children and six grandchildren; her sister, Ann Tobin Hart,  and her family. In lieu of flowers, the family asks that donations be made to the Claremont United Methodist Church Homeless/Hunger Committee, 211 W. Foothill Blvd, Claremont, CA, 91711.
Posted by Will Howarth at 2:42 PM No comments: