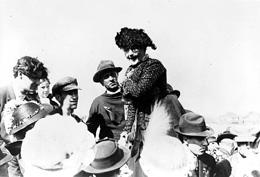 The monuments to her today are Mother Jones magazine and her grave in the United Mine Workers Union Cemetery in Mount Olive. She asked to be buried there, with other martyrs of the labor movement, 75 years ago this summer.

Forgoodness sakes Dear Will,
Where do you find such interesting trivia and how is it you have so much time to post and share it with all of us?
Indeed you are Amazing and I for one appreciate your blog column.

Our condolences to the Cole Family.
Thanks,
Bob's Wife

Seems I went from one coal region to another. I live in the anthracite coal area of the Appalachians where Mother Jones is still revered along with the Molly Malones and John Mitchell (the union organizer, not our classmate). I've really enjoyed learning anthracite history here, and many of my friends and coworkers are the descendants of immigrant coal miners.